Energy is essential for all life

Home » Earth » Energy is essential for all life 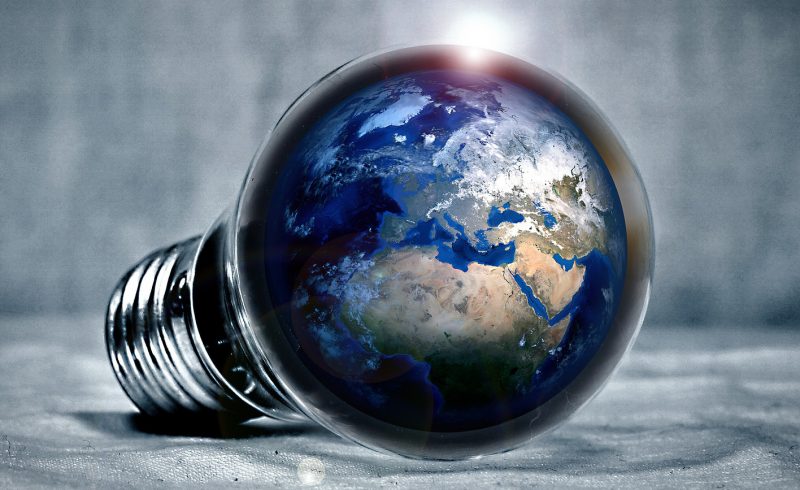 In one form or another, energy is constantly flowing through and around us. By ‘energy’ we mean the ability to induce change (to move something or to heat something, for example). Energy is an inherent characteristic of any physical system; everywhere there is change, there is a transformation of energy. Without energy, life would be impossible.

Energy cannot be created or destroyed, but it can move from one location to another, and can change in its form. Energy is in fact constantly being converted from one form to another. For example, solar energy in the form of radiation is converted into chemical energy through photosynthesis by green plants. Likewise, when we metabolise food, the chemical energy in what we eat is converted into thermal energy (heat) and kinetic energy (motion).

The Sun is the primary energy source upon which almost all life depends. The Earth receives energy from the Sun in the form of radiation. This energy undergoes many changes, affecting the planet in many ways, and is eventually re-emitted as heat back into space. Virtually all of the energy available at the Earth’s surface comes from the Sun. Even the energy locked away as potential energy in fossil fuels buried underground once came from the Sun. Over millions of years, plants which once photosynthesised sunlight into energy for growth die, and under certain conditions.

Life is based upon the conversion, utilisation, storage, and transfer of energy. Through photosynthesis, plants convert solar energy into chemical energy used in growth and propagation. Some plants are eaten by animals, which may themselves be eaten by carnivorous animals. At each stage of this process, some of the chemical energy stored in plant or animal tissue is used for growth and propagation, while most of it (more than 90% of it, in fact) is dissipated as heat.

Human beings, like no other species before it, have learnt how to convert energy from once form into other, more useful forms, for warmth and transportation. Although some of this energy comes from renewable resources, most today is obtained by burning fossil fuels. Unfortunately, burning fossil fuels releases by-products as well as useful energy, many of which are harmful to the surface biosphere, through air pollution and climate change.